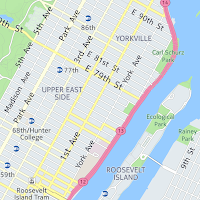 The smallest venue, the fewest speakers, the biggest party. Held in a barely air-conditioned Manhattan apartment in June, the 2013 Beagle saw some of the most polished and most improvised talks so far. 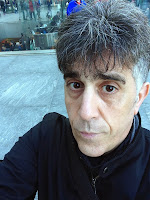 Michael Dorian presents a preview of his documentary film, Refusing my Religion, about preachers who have lost their faith and America's rapidly changing religious landscape.

Dorian is a documentary filmmaker, a devout atheist, and a damn good dancer. Michael Dorian does not hate God, rather, he hates the effects that belief in God have wrought. 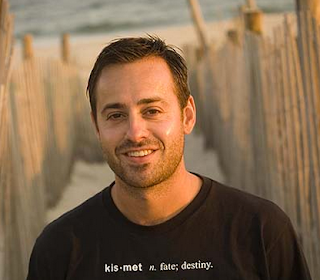 John Blesso
Reading from his novel

John Blesso reads from his new novel, Sharehouse Confidential, Sex and the Single Life Inside an Epicurean Beach House.

John Blesso was born in Paterson, New Jersey. In 2004, he established the Chance beach house in Kismet, Fire Island. In 2005, Chance was featured in New York Magazine. In 2007, he published Sharehouse Confidential. 2012 was John's ninth and final season running the Chance beach house, and in 2013 he sold his house. He still frequents Fire Island and currently lives in the East Williamsburg section of Brooklyn. John Blesso on Twitter. 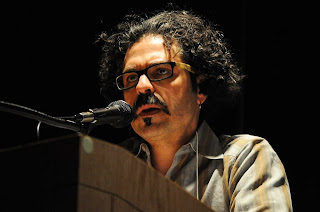 David Suisman speaks about the work and influence of Tony Schwartz, a man who made it his life's mission to record the sounds of New York City. Read David's article about Tony Schwartz published on Folkways.

David Suisman earned his B.A. at Yale University and his M.A., M.Phil., and Ph.D. at Columbia University. He is currently associate professor of history at the University of Delaware, where he teaches courses on cultural history; music and sound; and consumer capitalism in the United States. His first book, Selling Sounds: The Commercial Revolution in American Music, was published by Harvard University Press in 2009, and he is the editor, with Susan Strasser, of Sound in the Age of Mechanical Reproduction, published in 2010 by the University of Pennsylvania Press. His articles and reviews have appeared in the Journal of American History, Social Text, The Believer, Journal of Southern History, and other publications. He is also an occasional disc jockey at freeform radio station WFMU. He lives in Philadelphia. Follow David on Twitter. 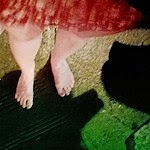 Tracy Rolling
The Right Way to Do Things Wrong


How many ways are there to screw something up? Can we learn from other peoples' mistakes? How can we constructively recover from failure and help other people do the same?

Tracy Rolling is an inspiring Product Manager and master of agile philosophy and practices. She lives in Berlin, where she makes location-based software for your mobile screens. As part of Platial, Tracy was among the first wave of thinkers building third-party location services for web and mobile technologies. Follow Tracy on Twitter.

It is both the fastest and longest venomous snake in Africa, with a bite that rapidly kills 100% of the people bitten even once -- though typically it strikes repeatedly, injecting enough venom to kill dozens. Oddly, the black mamba is not black but rather olive grey in color. Its name derives from the inside of its mouth which is ink black.

Dr. Rossi is an Associate Professor in the Stem Cell and Regenerative Biology Department at Harvard Medical School, and Harvard University. He is also an investigator in the Program in Cellular and Molecular Medicine at Children’s Hospital Boston, where he holds a BCH chair. Dr. Rossi is also a principal faculty member of the Harvard Stem Cell Institute, and a Robertson Investigator of the New York Stem Cell Foundation. In 2010, Dr. Rossi founded Moderna Therapeutics, which is developing messenger RNA therapeutics for many diseases.
SHARE SHARE SHARE